Download our app, get RMB100 bonus at your first use.

Scan to follow our Wechat, get RMB100 bonus immediately. 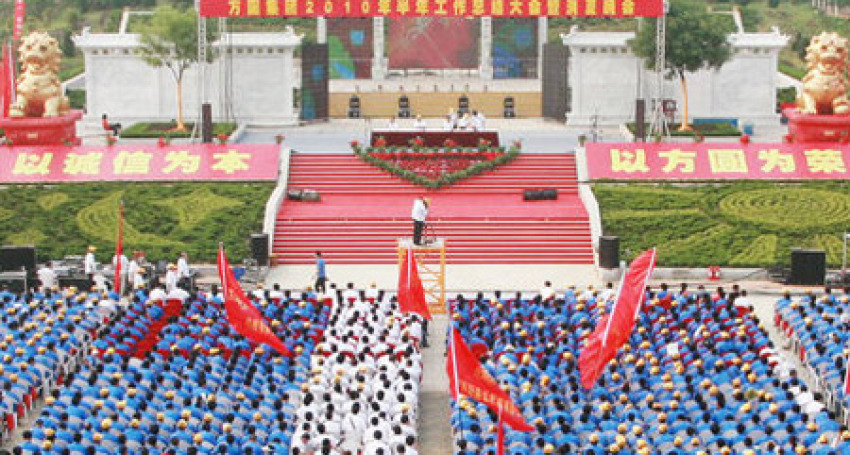 On July 29, Fangyuan Group held the 2010 half-year work summary conference, the theme is Basing on Integrity, Being Proud of Fangyuan, Shifting Method, and Adjusting Structure. The conference systematically reviewed and summarized the works of the first half year, and detailedly arranged the key points and strategic direction of the second half year.

In the first half year, facing the fast increase of the whole industry, Fangyuan Group launched the Hundred-day Striving Activity, creating an excellent grade. Every main economic index increased by at least 40% year-on-year. In addition, during the 40th anniversary of the factory founding, Fangyuan held the Fangyuan Product Exhibition, which is the celebration with the largest scale and standard over the years. The exhibition displayed the 40-year’s achievements, the brand image, and the strong strength, playing an important role for promoting the continuous, stable, and healthy development.

In the second half year, basing on the policy of Freeing Mind, Building New System, Improving Management and the guiding ideology of Shifting Method, Adjusting Structure, Fangyuan would stride for the goal of market maximization and benefit maximization.